“A Passion for Wildlife Photography, the Stories Behind the Images” (Part 4)

Several of the best locations to photograph wildlife are ones where the animals are acclimated to the presence of people or vehicles. These include county, state, and national parks, wildlife refuges & sanctuaries, and eco-friendly ranches (South Texas & South America). In terms of wildlife refuges, I tend to favor those with roads that run along the dikes that separate the impoundments. Parallel to the roads are ditches that typically hold water even when the other ponds are dry and therefore attract wading birds and other wildlife. If these channels are close to the road and vegetation does not block the view, photos of the animals can be taken easily from the car. The vehicle serves as a mobile blind that allows you to move along with the subject and adjust your angle of view and distance. To photograph out the car window, I place the telephoto lens on one or two large home-made bean bags filled with rice which I place on the window sill.  You can also purchase bags from Lens Coat http://www.lenscoat.com , Birds as Art https://store.birdsasart.com or other suppliers. Two of my favorite wildlife refuges that are perfect for this style of shooting are Chincoteague NWR and Bosque del Apache NWR. http://www.fws.gov/refuge/chincoteague/ & http://www.fws.gov/refuge/bosque_del_apache/

PHOTOGRAPHY FROM A VEHICLE

Eco-friendly ranches that protect native species and habitat such as those in South Texas, Argentina and Brazil often cater to photographers. These offer excellent opportunities to photograph from vehicles, blinds, or even on foot. (Discussion of blinds in later blog)

Photographing while randomly hiking in your local woods often fails to provide satisfactory result. The animals flee before you are within shooting distance. However if the habitat attracts wildlife and the animals are protected, they sometimes become acclimated to seeing people on foot . Corkscrew Swamp http://corkscrew.audubon.org and Six Mile Cypress Slough Preserve in South Florida with their boardwalks are often worth a visit as well as Loxahatchee NWR.  Hiking in other locations such as Yellowstone NP, Glacier NP, and the Badlands of South Dakota can also be productive particularly if your subject is initially spotted from the road.  (See stalking techniques in later blogs). 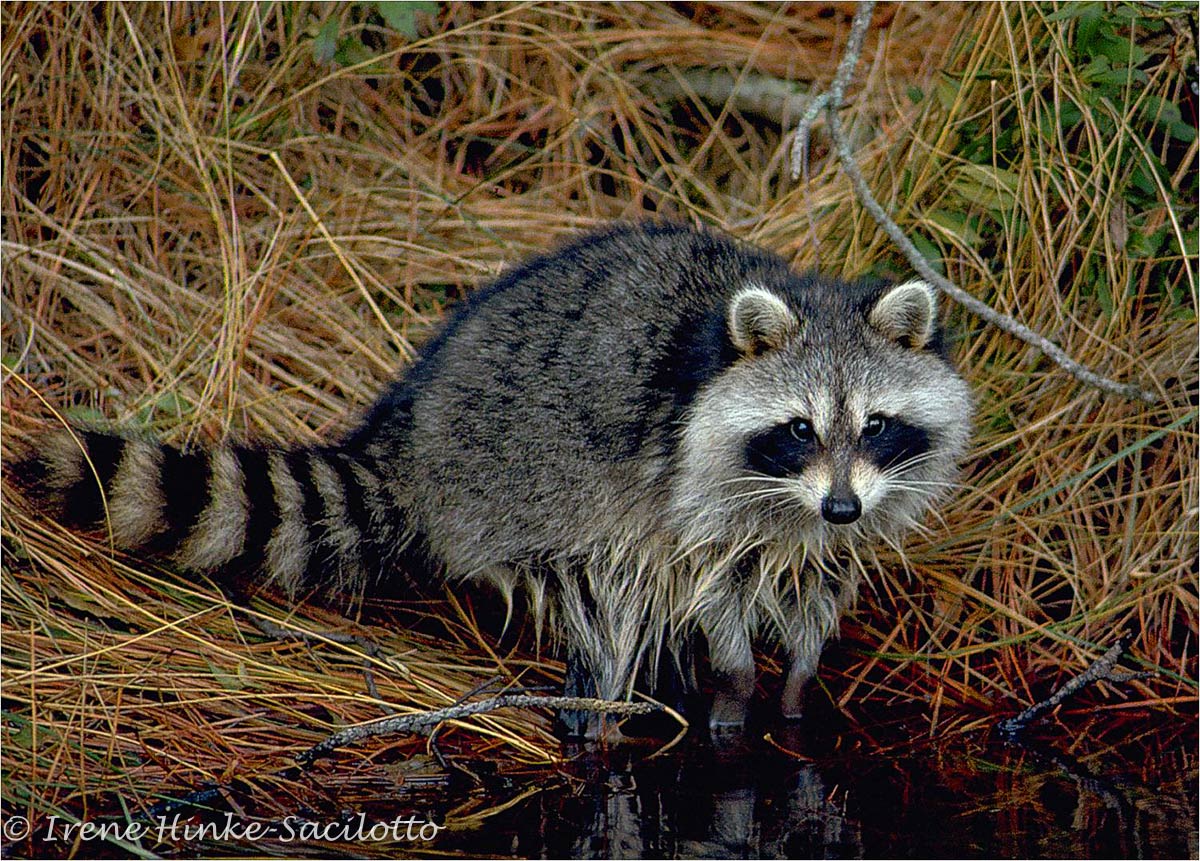 Raccoon photographed while walking along one of the ditches at Chincoteague, VA.

When hiking in remote areas, care must be taken not to surprise a grazing buffalo, bear, moose and other large mammals.  Even though they may be in national parks or reserves they are still wild and potentially dangerous particularly if their young are present or if it is mating season. When photographing such animals, use long lenses to keep a safe distance from them and to isolate the subject.  Approach slowing and always leave them a means of escape. (See safety discussion in a later blog)

More blogs coming covering other topics relative to wildlife photgraphy.  Importance of food, water, and shelter plus timing next.