Blackwater Falls State Park is situated in the West Virginia mountains near the town of Davis and is approximately a 5 hour drive from my home on the East side of Baltimore. Canaan Valley National Wildlife Refuge and Canaan Valley State Park are only a short distance from Blackwater. They all lie within Canaan Valley, a 13 mile long high valley, nestled among the higher ranges of the Allegheny Mountains. The average valley floor elevation is 3,200 feet (980 m) above sea level which accounts for its cooler temperatures and early arrival of fall. Within the valley are extensive wetlands and the headwaters of the Blackwater River which spills out of the valley as Blackwater Falls. Highly photogenic, its amber-colored water plunges down 62 feet before cascading through an eight-mile long gorge (Blackwater Canyon).

This part of West Virginia is a favorite destination of mine during the first two weeks of October when the hillsides are ablaze with the colors of autumn. This year the colors were less then prime due to wet weather and warmer temperatures but still beautiful. Views from the overlooks at Blackwater Falls State Park such as Pendleton, Linde, and lodge provided ample photo opportunities. Canaan Valley State Park offered more opportunities to capture fall color as the sun back-lit the leaves of aspen, maple, oak, and fern. In ponds and along the Blackwater River, the colors from the surrounding vegetation reflected in their surface. For the first time in a long while, I took the Canaan Valley ski lift to a ridge opposite the park. (The lift does not operate all year so check the schedule if you are interested). Once I step off the lift, it was a bit of a hike to reach an open area with a clear view of the valley, but the trek is worth it. As I climbed towards rocks of Bald Knob, along side the trail I encountered a large group of vibrantly colored red-leaved blue berry bushes which begged to be photographed. From here, I continued to follow the trail upward until I finally reached the rocky overlook with a panoramic view of Canaan Valley. After sitting down for a few minutes and enjoying the view, I began to photograph the valley below using the large bolders as foreground. (You can either return to the parking area the way you came using the lift or follow a steep, leaf covered trail to the bottom. The later can be a bit challenging but I made it down despite being a little sore the next day).

While in the area, it is worth visiting Dolly Sods, a high rocky plateau. Its 10,215 acres, are part of the Monongahela National Forest and Allegheny mountain range. As a result of logging, fires, and harsh winters, the plant life is unique and more similar to that found much farther north with one-sided trees, sphagnum bogs, and low growing bushes. There are 3 main access roads to the road that runs the length of the ridge of Dolly Sods. All are gravel and can be a bit challenging for cars with low clearance. There are a number of overlooks of the Allegheny mountain range once you reach the top. My favorite area is the end near the end of the road in a section known as Bear Rocks. Here there are few trees, large lichen covered boulders, and fields of blueberry and cranberry bushes with leaves that turn red in the fall. Late in the afternoon, these leaves glow when backlit by the setting sun. (See under tips, notes for avoiding flare in your photo). This year the leaves were more brown than previously but there were still some areas where the color was nearly prime. It had rained the day before I arrived and puddles had formed on the trails. The water reflected the blue of the sky and the colors from the surrounding vegetation offering some unique opportunities for photography.

No mater when you visit, these West Virginia treasures offer the photographer plenty to photograph. There are more possibilities in Southern West Virginia, where I have done workshops in the past–the New River Gorge, Sandstone Falls, Grand View, Babcock Mill, Pipestem State Park, Hawks Nest, and other locations offer photographers great photo opportunities in the fall. Fall comes a bit later in these locations – late October. No matter where you go, think of photographing more that the grand vistas and consider simple things like bubbles in a stream, water droplets on the grass, a caterpillar, a backlit fern, or a deer drinking from a pool of water. The possibilities are endless for an autumn photo tour. 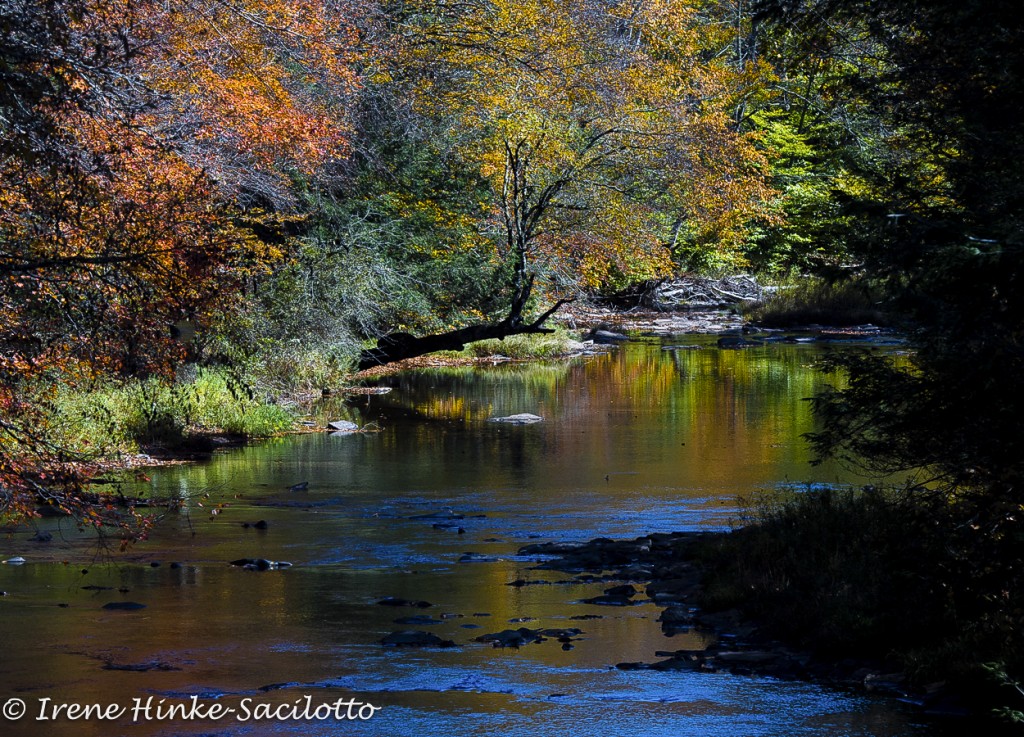 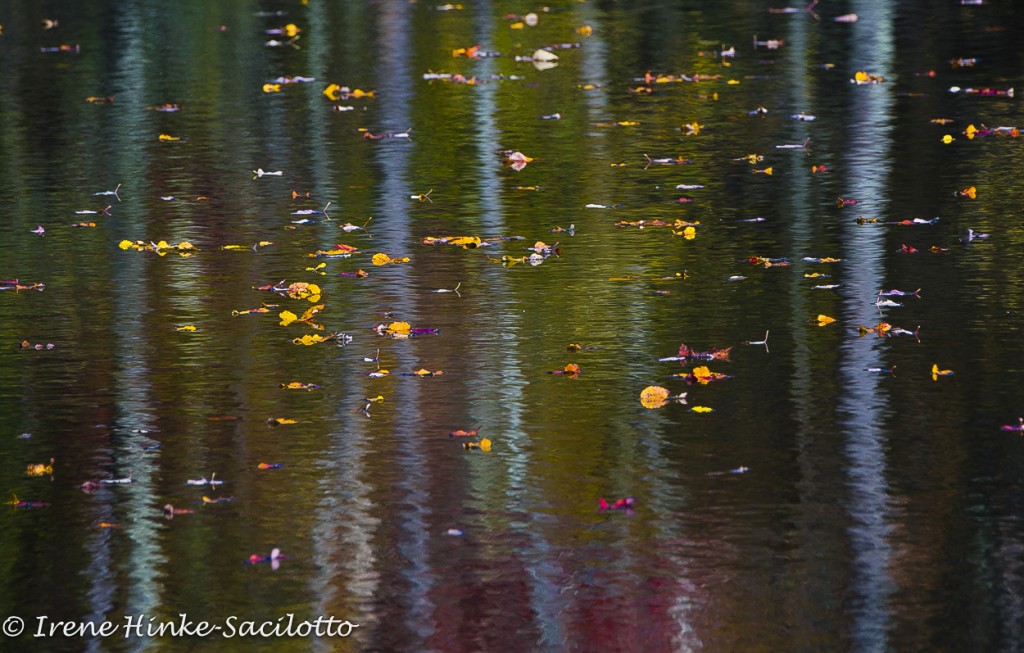